The captioned article has been written by Dr. Yuki Ujimasa, DVM, MS, President of AHRMS, Inc., and published on the Journal of the Japan Veterinary Medical Association since October 2019. It recently became public via the following link:
http://nichiju.lin.gr.jp/mag/07210/a4.pdf
Sorry to say, it is described only in Japanese. The chapters of the article are as follows:
1. Recent activities by multi-national animal health pharmaceutical companies and domestic companies
2. New technologies that can change husbandry industries
3. Impact of emerging and re-emerging infectious diseases in food animals and Possibilities of plant-based meat and cultured meat
4. Telemedicine in veterinary medicines
5. Changes of distribution system and home-delivery in companion animal medicines
6. Necessity for review of veterinary advertising regulations
7. Conclusions
8. Acknowledgment 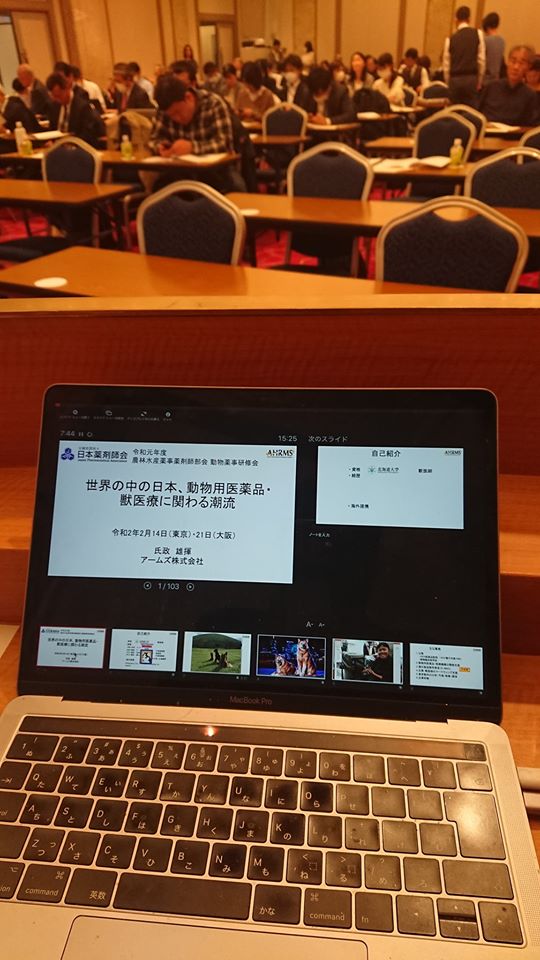 We had the 4th Animal Health Innovation Asia 2019 in Tokyo on November 6th and 7th by receiving more than 150 attendee.
We were very happy to support the event as Consulting Partner.
Dr. Yuki Ujimasa, DVM, MS chaired a panel discussion and give two presentations as President of AHRMS, Inc. and President of Vm3, Inc., respectively.

It is a list of speakers and contributors of the event, but I know that there will be still more.

Animal Health Innovation Asia 2019 will be held on November 6th and 7th at Hotel Westin Tokyo.
We, AHRMS, Inc., are supporting the event as “Consulting Partner” to fix the program, introduce Japanese start-ups and new technologies to multi-national animal health manufacturers and facilitate those companies to enter Japanese animal health markets.

Zoetis received three approvals from the Japanese Ministry of Agriculture, Forestry and Fisheries (JMAFF) in 2018, bolstering its position as the firm with the most new products in Japan over the last 10 years.

The number of JMAFF approvals is down by one in comparison to 2017’s total.

Regarding marketing approvals for new animal health products in Japan between 2009 and 2018, Tokyo-based animal health consultancy AHRMS said Zoetis had received the most.

Of these approvals, 100 were for international businesses and 93.5 for domestic companies.

Dr Ujimasa explained: “The number includes pharmaceuticals, biologicals and diagnostics for dogs, cats, cattle, swine, poultry and fish. Generics and claim extensions are excluded. Approvals for a new species is counted as ‘1’.  A product of co-registration with two companies is counted as ‘0.5’.”

Dr. Yuki Ujimasa, DVM, MS delivered lecture presentations entitled “Current status of veterinary medicine and the distribution of unapproved and counterfeit drugs overseas and in Japan” at a regulatory seminar hosted by Tokyo Metropolitan Government in February and March.